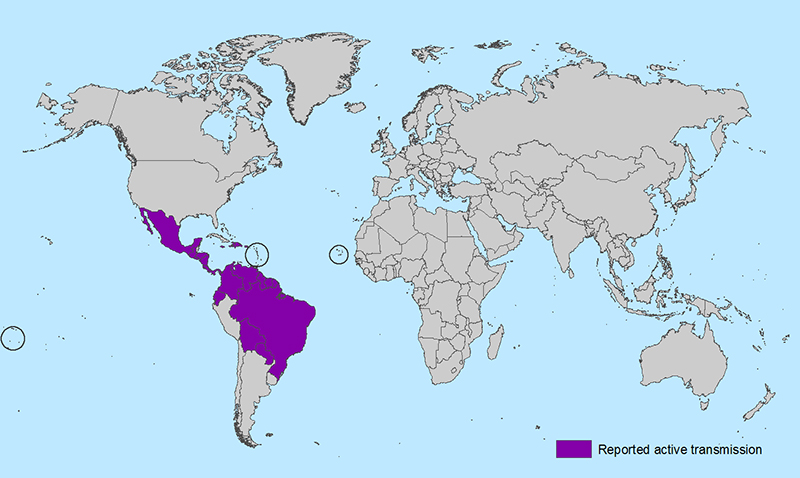 Where has Zika virus been found?

Zika in the United States and its territories: