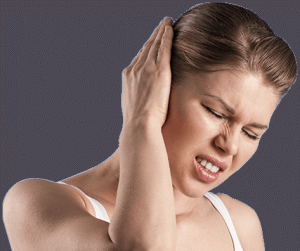 Patient education: Ruptured eardrum (The Basics)
Written by the doctors and editors at UpToDate

The most common causes of a ruptured eardrum are:
●Ear infections – This can cause fluid to build up and press on the eardrum.

●Extreme pressure changes – This happens during scuba diving if you move up or down in the water too quickly. It is called “barotrauma.”

●Poking the eardrum – This happens if you poke a Q-tip, bobby pin, or other object into your ear canal. 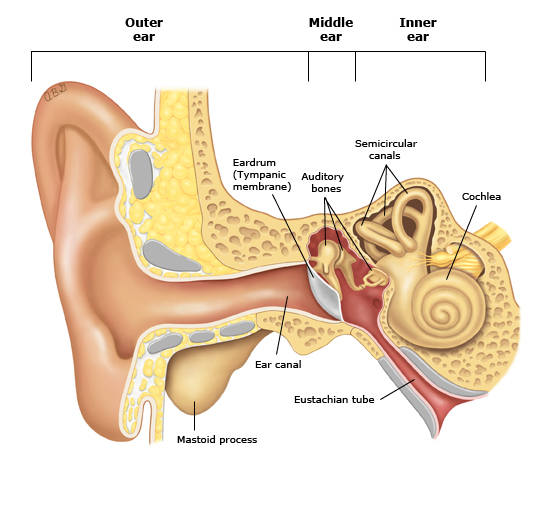 What are the symptoms of a ruptured eardrum? — Some people have no symptoms. But symptoms can include:

●Very bad ear pain
●Ear pain that suddenly gets better
●Clear, pus-colored, or bloody fluid draining from the ear
●A buzzing or ringing sound in the ear
●Trouble hearing or hearing loss

Will I need tests? — Yes. Your doctor should be able to tell if you have a ruptured eardrum by learning about your symptoms and doing an exam. He or she will also do tests to check your hearing.

How is a ruptured eardrum treated? — If your ruptured eardrum was caused by an infection, you will need to take antibiotics. These might be given as pills or in liquid form (for children). Your doctor might also prescribe antibiotic eardrops to prevent infection of the lining of the ear.

If your ruptured eardrum has caused an injury to the ear (for example, from a Q-tip), your doctor might prescribe only antibiotic eardrops.

Most of the time, a ruptured eardrum heals by itself, within hours or days. You should see your doctor about 2 weeks after your first visit so he or she can check if your eardrum has healed. If it has not, you will need to see an ear, nose and throat (ENT) specialist. He or she might do surgery to put a tiny paper patch on your eardrum to help seal the hole.