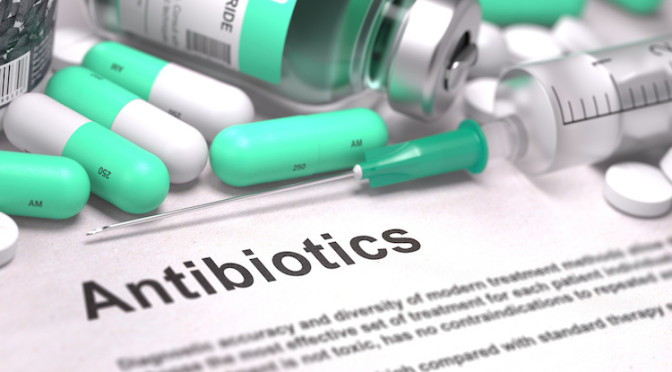 Patient education: What you should know about antibiotics (The Basics)
Written by the doctors and editors at UpToDate

What are antibiotics?
— Antibiotics are medicines that help people fight infections caused by bacteria. They work by killing bacteria that are in the body. These medicines come in many different forms, including pills, ointments, and liquids that are given by injection.

When are antibiotics NOT helpful?
— Antibiotics do not work on infections caused by viruses.

●Antibiotics are NOT helpful for the flu, because the flu is caused by a virus. (People with the flu can be treated with medicines called antiviral medicines, which are different from antibiotics.)

●Antibiotics are NOT helpful for most cases of sore throat, because sore throat is usually caused by a virus. (Strep throat is an exception.)

●Antibiotics are NOT helpful for most cases of sinusitis, because sinusitis is usually caused by a virus. Sinusitis that starts out as a viral infection can turn into a bacterial infection, but that takes time. If you have had sinusitis symptoms for less than 10 days, you should not take antibiotics unless you also have a high fever.

●Antibiotics are NOT helpful for most cases of acute bronchitis (an infection in the airways leading to the lungs), because bronchitis is usually caused by a virus. If you have bronchitis and cough up green mucus, that does NOT mean you have a bacterial infection.

Even though antibiotics don’t work on infections caused by viruses, people sometimes believe that they do. That’s because they took antibiotics for a viral infection before and then got better. The problem is that those people would have gotten better with or without an antibiotic. When they get better with the antibiotic, they think that’s what cured them, when in reality the antibiotic had nothing to do with it.

What’s the harm in taking antibiotics even if they might not help?
— There are many reasons you should not take antibiotics unless you absolutely need them:
●Antibiotics cause side effects, such as nausea, vomiting, and diarrhea. They can even make it more likely that you will get a different kind of infection, such as yeast infection (if you are woman).

●Allergies to antibiotics are common. You can develop an allergy to an antibiotic, even if you have not had a problem with it before. Some allergies are just unpleasant, causing rashes and itching. But some can be very serious and even life-threatening. It is better to avoid any risk of an allergy, if the antibiotic wouldn’t help you anyway.

●Overuse of antibiotics leads to antibiotic resistance. Using antibiotics when they are not needed gives bacteria a chance to change, so that the antibiotics cannot hurt them later on. People who have infections caused by antibiotic-resistant bacteria often have to be treated in the hospital with many different antibiotics. People can even die from these infections, because there is no antibiotic that will cure them.

If you do have an infection caused by a bacteria, your doctor might want to find out what that bacteria is, and which antibiotics can kill it. They do this by taking a “culture” of the bacteria and growing it in the lab. But it’s not possible to do a culture on someone who has already started an antibiotic. So if you start an antibiotic without input from a doctor it will be impossible to know if you have taken the right one.

What can I do to reduce antibiotic resistance? — Here are some things that can help:

Symptoms of antibiotic allergy can be mild and include a flat rash and itching. They can also be more serious and include:
●Hives – Hives are raised, red patches of skin that are usually very itchy (picture 1).
●Lip or tongue swelling
●Trouble swallowing or breathing

Serious allergy symptoms can start right after you start taking an antibiotic if you are very sensitive. Less serious symptoms, on the other hand, often start a day or more later.

If you think you are allergic to antibiotics, tell your doctor or nurse why you think so. Then trust him or her to know whether what you describe is a true allergy.